Sichuan, located in southwestern China, has a long history and is deeply influenced by Han culture. As the panda’s hometown, Sichuan has many well-known natural and cultural landscapes. In addition, Sichuan cuisine, one of the four majors in China, originates from here. It’s not only a feast of eyes to travel to Sichuan, but also brings you extraordinary enjoyment of taste.

Sichuan has three distinct climate zones due to its vast area and diverse terrain.

The Chengdu area is warm and humid all year round.
In the plateau region of northwestern Sichuan, the altitude difference is large, and climate change is obvious thus it had better bring warm clothes.
The Jiuzhaigou is a typical feature of China’s subtropical climate, with a monsoon period from May to September. Sometimes it may rain every day, but the days when it rains completely are in July and August. For this area, it is best to avoid national holidays for a large number of Chinese tourists.

Overall, the best time to travel to Sichuan is spring and autumn.

Temperatures and precipitation of Sichuan 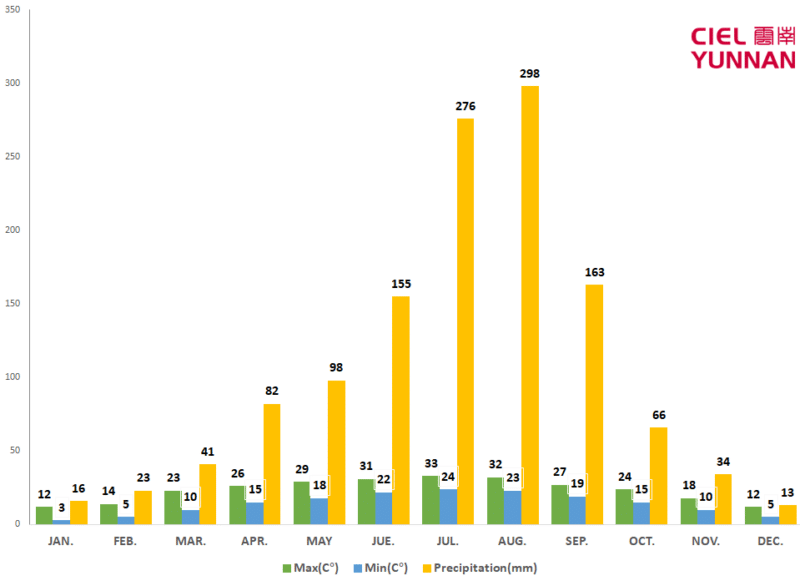 A Little History of Sichuan

According to archaeological discoveries, human civilization began to appear in Sichuan 25,000 years ago.

During the Shang and Zhou Dynasties, the Sichuan state established the Shu Kingdom centered on the ancient Shu people.

During the Warring States Period, Sheriff Li Bing and his sons, drawing on the previous experience of water control, presided over the construction of the famous Dujiangyan water conservancy project. An efficient irrigation system was established in the Western Sichuan Plain, thereby achieving unprecedented agricultural prosperity.

In the Western Han Dynasty, the prototype of Sichuan was laid.

During the Tang and Song Dynasties, the Shu culture represented by Li Bai, Du Fu, and Su Dongpo was highly prosperous.

During the Song and Yuan Dynasties, there were many peasant uprisings in Sichuan. Especially in the early Yuan Dynasty, a century of continuous conflicts caused huge damage to the Sichuan economy, a large number of soldiers and civilians were slaughtered, and the population fell sharply.

In the 20th century, Sichuan played an important role in the Anti-Japanese War. About 3.5 million people from Sichuan went out to fight against Japan and defend their country.

Today, under the impetus of the Chinese government, Sichuan began to use the western development policy to make active and vigorous development in all aspects.

Sichuan province is a multi-ethnic settlement, including Han (who constitute the major part of the population), Yi, Tibetans, Miao, Tujia, Hui, Qiang, and so on. Thus, the diversity of ethnic groups means religious diversity.

What is Sichuan's Most Popular Food?

Sichuan cuisine is one of the four major Chinese cuisines, which is characterized by spicy flavors.

Trips and Tour Ideas in Sichuan 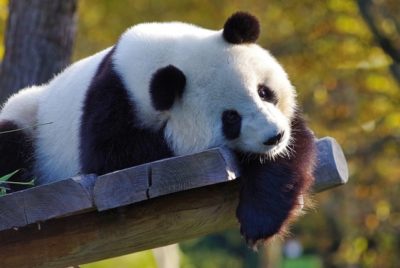 Yunnan and Sichuan: Pandas and Mountains

16 days | Yuanyang, Dali, Lijiang, Shangri-La, Chengdu, Leshan, and Emeishan
A stay on horseback between Yunnan and Sichuan along the Himalayan chain to discover the land of pandas, pepper and the big Buddha.

On the borders of Yunnan and Sichuan

17 days | Dali, Lijiang, Shangri-La, Ganzi, and Chengdu
Travel overland from Yunnan to Sichuan, crossing North Yunnan and West Sichuan, on the Tibetan plateau between Shangri-La and Tagong, crossing through the Yading reserve and the Tibetan areas of Litang or Danba.