Stone Forest, located in the Shilin Yi Autonomous County, is 80 kilometers away from Kunming of China, is the only Karst geomorphological resort in the world located in the subtropical plateau, and was listed in the Natural Heritage in 2007.

The Stone Forest Geopark is over 350 square kilometers and the main tourist areas are Major and Minor Stone Forest, and Naigu Stone Forest.

How to get to Stone Forest

The whole journey takes at least 3 hours without any English-speaking service.

The most convenient way is to take a private vehicle, which directly transfers from/to your hotel to save time and language troubles. Besides, in this way, the Stone Forest and its surrounding nearby attractions could be visited in one day, and you can return to Kunming city without living at Shilin County.

The Stone Forest is usually combined with a tour to Yuanyang, which has well-known rice terraced that are especially popular among photographers. A private vehicle with a skillful driver is particularly important for a long-distance drive to the remote countryside without direct public transportation.

What to See in the Stone Forest

The Big Stone Forest Scenic Area is the most representative place with the most concentrated attractions and the most domestic tourists. We recommend walking to the Lion Pavilion（狮子亭） and Huanlin Road（环林路） to avoid the crowds without missing the essence.

To find the incarnation stone of “Ashima‘’is the purpose to visit the Minor stone forest. Ashima, which means “girl as beautiful as gold,” is the heroine of the epic of the Sani people, a branch of the Yi ethnic group. In 1964, this epic was adapted into a film that won the top dance prize at the Spanish International Film Festival. Now, “AShima” has become synonymous with the diligent, honest, and beautiful Yi girls.

Naigu Stone Forest is 8 kilometers (5 miles) northeast of the Major and Minor Stone Forest and is quieter than them.
Naigu literally means ”A place overgrown with black stone forest“ in the Yi language.
Covering an area of 10 square kilometers, Naigu Stone Forest features spiky stones, karst caves, a large waterfall, a vast grassland, and an impressive causeway of black volcanic blocks.
If you go there between September and November, you will be mesmerized by a sea of Cosmos flowers around the Stone Forest.

Every June 24 of the lunar year is the most ceremonious festival of Sani people. On that day, they gather at the Stone Forest and participate in various activities, such as wrestling, bullfighting, dancing, and a fireworks display. It is a good opportunity for young men and women to meet their prospective spouses, and also the right time for tourists who like the festive atmosphere and ethnic customs…

Attractions around the Stone Forest

Jiuxiang Cave: 30 km from the Stone Forest, Jiuxiang is known as the “museum of karst caves”, which is a large clustered cave combining with the river, underground waterfalls, stalactite, gorges, all in one.

Nuohei Village: About an hour’s drive from the Stone Forest, Nuohei is a Sani village with 600 years of history. The whole village was built with natural stones and has a simple appearance, and is included in the list of traditional Chinese villages.

How Was the Stone Forest in China Formed

About 270 million years ago, this region was a vast ocean with hundreds of meters of thick limestone deposited on the seabed which was later uplifted by the crust and dissolved to form the earliest stone forest. With the Himalaya orogeny movement, the stone forest gradually rose up and finally developed into the present-day appearance, while the sea disappeared. 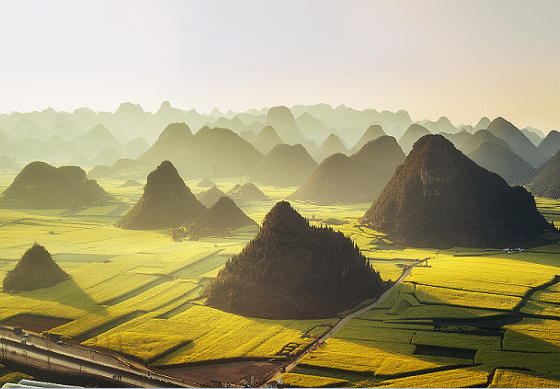 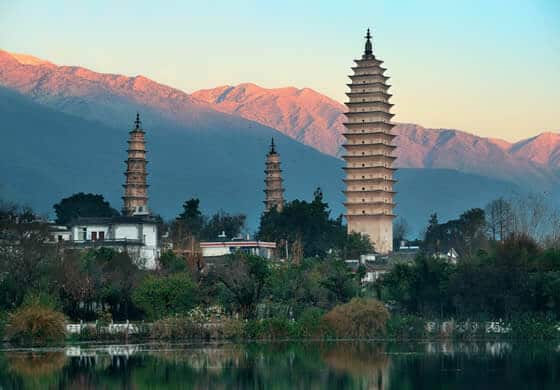 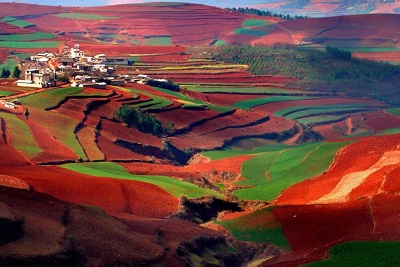 2 days | Dongchuan
The Dongchuan Red Land is praised as “God’s palette”, which appeals and inspires photographers so much.